Radio Grenadines Inc. was Incorporated under the Companies act 143, St Vincent and the Grenadines as a non-profit company in 2012 , we however started our work since September 2011.

Radio Grenadines is governed by a board of directors and is operated daily by administrative staff.

Our Vision :  To inspire and empower people to transform communities.

Our Mission :  We will disseminate information to communities, inspire and empower persons through training and partnerships.

We utilise online news articles and stories, live internet radio stream, videos and photos to inform and inspire. Our main goal is to encourage community development, networking and partnerships in cross-cutting areas including but not limited to tourism, health, education, culture, sports, disaster preparedness and environmental awareness . 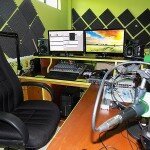 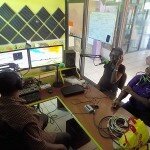 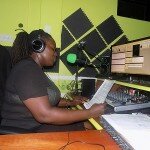 We have a keen interest in skill development and educating the younger generation, over the years we conducted several training workshops in various areas such as Public Relations, Basic Journalism, Film Making, Broadcasting .

We operate a vibrant facebook page where we feature stories of simple people at www.facebook.com/radiogrenadines  “become a fan and follow our stories”.

Over the years we have worked with the schools to broadcast the annual school sports live from Union Island as well as Carriacou, as well as hundreds of photos of various events in the Grenadines. 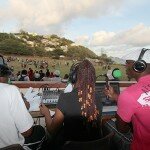 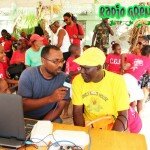 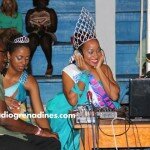 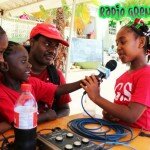 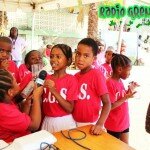 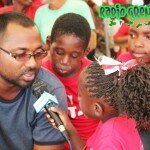 For the period 2014-2015 we are conducting a project with the aim of “RAISING AWARENESS ON CLIMATE CHANGE AND OTHER ENVIRONMENTAL ISSUES IN THE GRENADINES THROUGH COMMUNITY MEDIA AND INTERNET RADIO” This project is funded by the Global Environment Facility | Small Grants Programme, UNDP and Co-funded by Radio Grenadines and partners.

Our Milestones and recent Activities are :