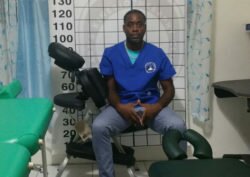 Ozari’s Kinesiotherapy Clinic has been doing great work on St. Vincent and he is hoping to extend his services to the beautiful people of Union Island in July 2018 to offer Free consultations and Free services. The clinic will also serve nearby residents of Mayreau. The dates and location of Ozari’s Kinesiotherapy Clinic for Union Island will be announced by the end of June.

Ozarie Williams, a Vincentian, studied Kinesiology & Health at Universidad de pinar del rio hermanos zais, Cuba. He is someone who has achieved his big dream.  The 31-year-old was undaunted by the fact that his love, kinesiology, was relatively unknown in St Vincent and the Grenadines, he realised his dream of becoming a kinesiologist.  You may be asking, What Is Kinesiology?

Kinesiology is the scientific study of human or non-human body movement. Its application to human health includes biomechanics and orthopedics, strength and conditioning, sports psychology, as well as methods of rehabilitation.

The upcoming clinic sessions would target persons suffering from musculoskeletal pain ( lower back pain, shoulder pain, knee pain, neck pain etc.) and also people who are suffering from immobility because of a stroke, with movement problems and active range of motion of joints. The clinic will also be extended to athletes on the island with an outdoor session planned.

His most memorable moment was when he worked with a 16-year-old secondary school student who is suffering from scoliosis. “Her back was so twisted when I saw her for the first time I said to her mother I couldn’t help and recommended that the daughter do corrective surgery.  But the teenager turned to me and said, “Ozari please help me. I can’t walk and I’m in a lot of pain, and I know you can help.” I was afraid to even touch her that she had confidence in me, so I put my knowledge and skill to the test. Surprisingly, after I did the first myofascial stretch technique the pain went instantly and so did my fears”. Williams said.

You founded a clinic, how did you transition from interest into an actual business?

While working in the gym I noticed that my services became extremely popular. So much so I began doing house calls. Would you believe that I did those calls without even having access to my own personal transportation? To get to the calls I had to use public transport: by boat, plane or buses to do the work. Making house calls ultimately became very hectic.   This is when I opened my clinic.

Has it developed in the way envisioned?

At first I only had interest in working with athletes; however, my work has grown beyond that. I’ve been working with people with all sorts of musculoskeletal complaints and I’ve been getting great results and five-star reviews.

What has been the most impacting lesson you’ve learned since having started your clinic?

When you’re a true professional in this field, you have to do it because you love it and not because of the financial benefits you will gain. It’s also obvious that when you work hard you will be rewarded.

Have you discovered any other hobbies or skills that have benefited you significantly in operating your company?

I discovered that reading is the most valuable tool in my field because there are problems to solve and there are different and new ways to solve them. So I spend most of my free time reading and practicing so that I can enhance my approach and skills. Also, graphic designing, and that has come in pretty handy.

Is Kinesiology popular in SVG, and in what ways would you like to see it develop?

Kinesiology is basically a new venture in SVG. I would see clinical kinesiology being applied in primary school as part of our physical education programmes for various reasons:

First to help detect musculoskeletal deformities and disorders and take preventative measures to correct the issues.

Second, use it to identify young talents in sports.

The use of kinesiology and kinesiotherapy for all athletes in schools to help maintain the physical fitness of athletes and prevent injuries.

Where do you see yourself in five years?

I see myself with an MS in sports science and a Ph.D. in Kinesiology. 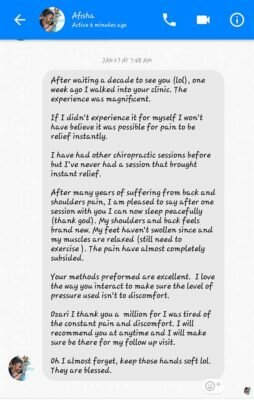 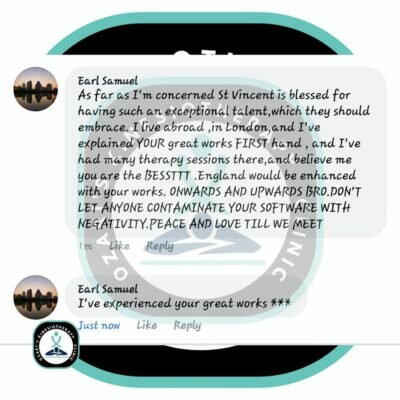