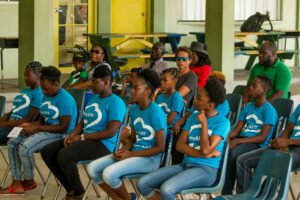 The objective of the NTRC’s MyAPP summer program was to teach participants between the ages of 13-18 years who may or may not have previous exposure on how to code and design mobile applications.

The Summer Program commenced on July 24th, 2017 at the Union Island Secondary School and ended on August 18th. The students attended classes Monday to Friday between 9:00am to 3:00pm .

During the one-month program, students learned android mobile app development under the guidance of Mr. Cyron Cyrus from the NTRC. Java code was the main programming language used and by the end of the training, each student developed a fully functioning app.

Oscar Hutchinson walked away with the Valedictorian Trophy, in his speech he thanked the NTRC for providing the opportunity for training and his classmates for inspiration and teamwork. 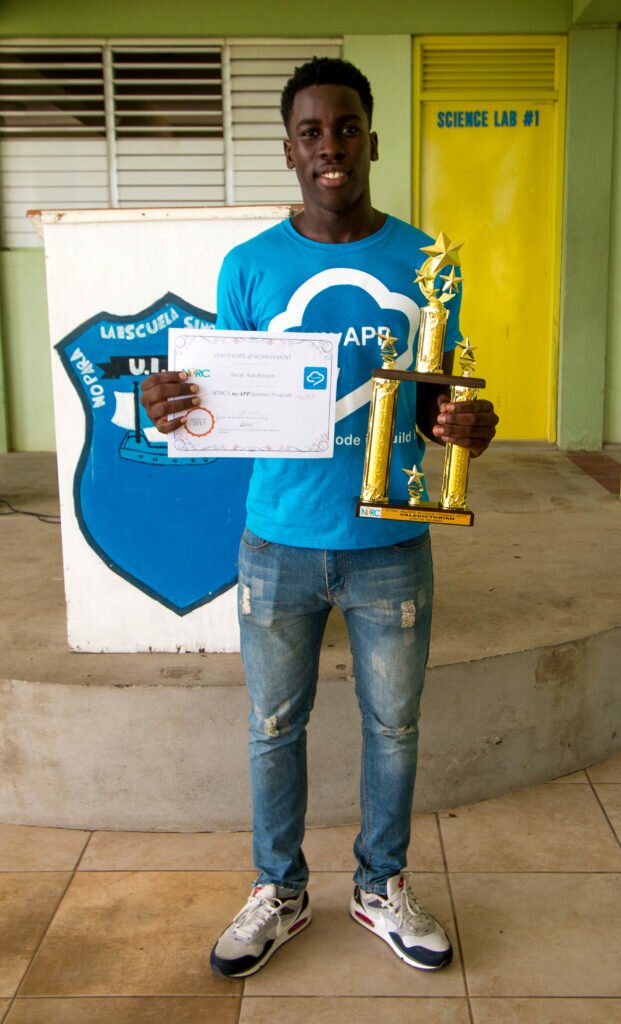 The My App initiative this year was made possible by the NTRC along with Cable & Wireless, Digicel and The Bank of St. Vincent and the Grenadines. On Union Island the NTRC partnered with Radio Grenadines Inc. a local media NGO for logistics.

Radio Grenadines would like to thank the following persons for assisting during the student recruiting process: Mr Travis Cain, Roseman Adams, Jeremie Tronet. 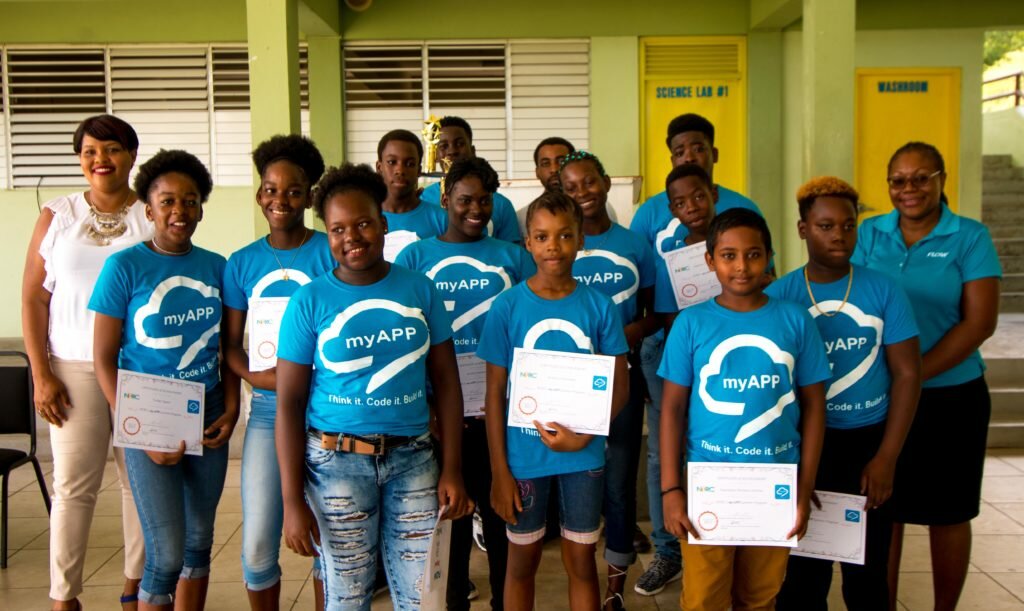 This program taught participants from various backgrounds, the knowledge necessary to create their own mobile applications. Additionally, these participants can now use their newly acquired skills in coding and design to take part in larger forums such as the NTRC’s annual iSquared competition.