Over One Thousand Plastic Bottles Collected on Union Island for ICC 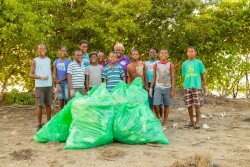 Union Island, September 20th 2016 – The International Coastal Cleanup (ICC) 2016 was hosted in the Grenadines by the Sustainable Grenadines Inc. for the eight consecutive year, gathering more than 110 bags of garbage from just Union Island alone.

The ICC was started 30 years ago by a Washington based organization, Ocean Conservancy. Ocean Conservancy along with volunteer organizations and individuals around the globe, engages people to remove trash from the world’s beaches and waterways, identify the sources of debris and change behaviors.

For the 3rd consecutive year SusGren received funding from the Philip Stephenson Foundation that the organization uses to host ICC.

This year SusGren partnered with organizations across the islands of Bequia, Mayreau, Union Island, Petit Martinique and Carriacou to remove trash along coastlines.

“SusGren focuses on educating students via presentations in the various schools, cleaning the beaches, collecting data on trash, and having fun” said James Lord, the new Director of SusGren. 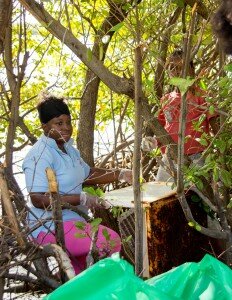 Union Island is the home to just under 3,000 residents and also home to SusGren’s operations. On Union Island, SusGren worked with several other non-profit organisations, the two primary schools and the only secondary school to organize two days of cleanup activities on Friday 16th and on Saturday 17th September.

Program Manager of SusGren, Orisha Joseph, stated that this year it is observed that persons seem to be throwing household garbage in the nearby bushes. “What SusGren really wants is for people to understand it’s not just about coming out once a year to clean up, we really want people to change their behavior towards littering”.

Joseph highlighted the fact that sea turtles can mistake plastic bags for jelly fish which they can choke on and die. She also stated that trash is a breeding ground for mosquitos which can become a public health concern especially with the recent outbreaks of mosquito borne diseases. She is encouraging persons from various communities to setup their own cleaning activities which can take place once or twice a month.

Last year SusGren recorded 1,173 pounds of trash from the Grenadine islands with 159 volunteers.

Worlwide, more than eight million kilograms (18 million pounds) of trash – equivalent to the weight of over 100 Boeing 737s – was collected by nearly 800,000 volunteers during Ocean Conservancy’s 2015 International Coastal Cleanup. Some of the more unusual items found in the September 2015 Cleanup include: 97 TV sets, 28 refrigerators, 39 toilets and 54 bicycles. 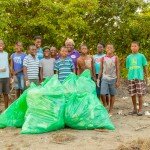 Students and Teacher from the Mary Hutchinson Primary 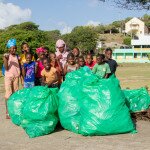 Students from the Stephanie Browne Primary 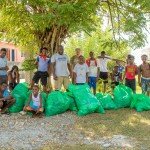 Students and Teacher from the UISS 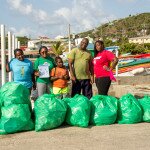 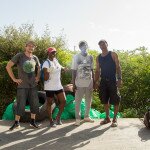 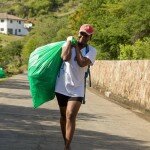 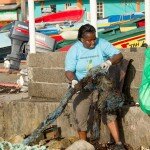 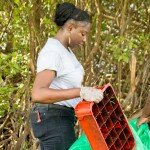 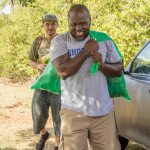 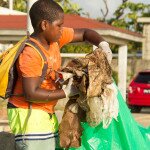 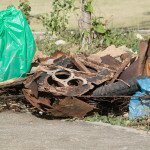 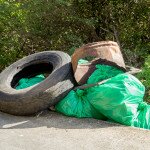